Via Freeway 405 north and south-bound

Take exit 51 Washington Blvd/Culver Blvd. At the end of the freeway exit ramp turn right onto Sawtelle Blvd toward Washington Blvd and after 300feet turn left onto Washington Pl. After 2 miles turn right on Lincoln Blvd. On the right hand side you will find our Sixt branch after a few hundred feet.

Take exit 2, Lincoln Blvd. Turn right on Lincoln Blvd at the end of freeway exit ramp. Cross the main intersection with Venice Blvd and after a few minutes you will find our Sixt branch on the left hand side.

Merge onto Sky Way toward Airport Exit and turn onto W 96th St. Continue on Sepulveda Blvd. Keep left to stay on Lincoln Blvd. After you have crossed the intersection with Washington Blvd the Sixt branch is on the right side. Driving time from LAX to the Venice branch is 15 minutes without traffic.

From Pacific Ave going north, turn right onto S Venice Blvd. Turn right on Lincoln Blvd. After 100feet the Sixt branch will be on the left hand side.

Other SIXT branches in the vicinity of Los Angeles Venice Beach

Sixt car hire in Venice Beach is conveniently located within an easy taxi ride from LAX airport and is a great starting point from which to explore other local attractions like Santa Monica Pier. Our branch is easy to access wherever you are coming from as it situated on Lincoln Boulevard just off the 405 freeway. The branch is close to many popular local hotels, the famous Venice beach and is just blocks away from the Marina Del Ray making it the perfect starting point for your Los Angeles holiday. Car rental in Venice Beach has never been easier than with Sixt. 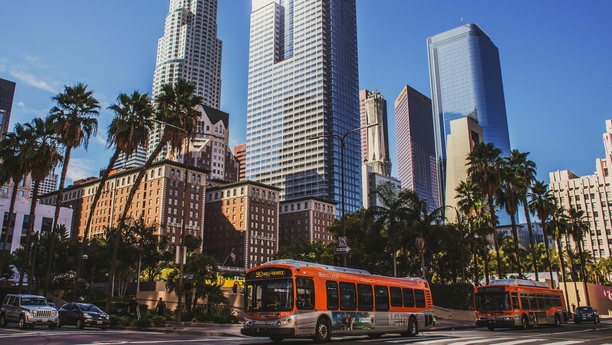 Getting around Venice Beach with car hire from Sixt

Sixt car hire in Venice Beach has a range of car rental options on offer, including vans and 4x4s so you can explore the local area and spectacular beaches no matter how much luggage you have with you. No matter the type of car you need for your holiday, you can be assured that the price will be affordable with Sixt. We offer a unique service where you can select the car you want on your smartphone, including any optional extras such as Sat Nav to help you navigate the neighbourhood. We also have a friendly and approachable customer service staff on hand, if you prefer to make your bookings in person, on the phone or online.

Double praise goes out to Sharmaine C! 1) on our arrival she upgraded us from economy SUV to a minivan (Toyota Sienna) as the SUV was not available. 2) but even more important, she was super nice when we returned the car three weeks later under some “challenging” circumstances. Three miles before reaching the station I managed to puncture the tire, which I tried to patch up with the repair kit and then slowly “limped” to the station. All of this while the clock was mercilessly ticking away and we had a flight to catch at LAX at the start of Memorial Day weekend. Anyway, finally I managed to reach the station where she was not phased by my sweaty looks or panicky explanations on what had happened and how much of a hurry we were in. She took the car, let us go and checked the car in herself as we were already on our way to the airport.

Why 4 stars? Well, we had additional trouble with the car towards the end, getting a “check engine” alert in the middle of Joshua Tree NP on our way back to LA. And Sixt info lines were down with no chance of reaching them. In the end I had no option other than head to LA (as the manual did not forbid driving the car to a dealer on its own power) skipping some points we still had wished to visit. A reply to my email promised that someone from the rental point in LAX would get in touch for a replacement, which they didn’t in our remaining two days in LA.

I am SO grateful for Elena at this Sixt location. She highly suggested I get the third party liability insurance, which really came in handy when we were victims of a smash and grab in San Francisco later that week. I called roadside assistance that day and they offered to replace the car for the remainder of my rental as well. A few days after returning the car I received an email stating I was not financially responsible for the damage and that was that!

Also, I’m not sure the name of the woman working with Elena on the morning of April 20th, but she had a VERY difficult customer in the store which she handled very gracefully and professionally. Top notch staff and customer service. I look forward to using Sixt again!

Sharmaine was amazing! She looked after me and made everything super simple! She was super knowledgeable and helpful in making sure I got the best car for me at a great price!

Awesome rental experience in Nov 2020. Car (Volvo S90) was in good condition and had nice options.

Special thanks to branch manager Nicole and her staff; very professional and friendly customer service.

Renting with Sixt in Venice was a great experience. The branch manager Nicole was helpful, professional, and kind. I'll definitely be renting with Sixt again in the future.

Phenomenal experience here at the hands of Caesar. I felt they were totally on top of their game, willing to help where they could, upgrade if possible and extend the rental hassle-free. Highly recommend them.