SIXT uses cookies to give you the best possible service when using our website. They also help us to improve and evaluate website content, in addition to SIXT product advertisement, so that we can deliver a better experience to our users. By clicking “agree and continue” you consent to the use of these cookies. You can withdraw your consent to individual cookies at any time. For more information on cookies and customization options, see our cookie policy.
Agree and continue
Sixt Car Hire
Car Rental
Luxembourg Airport

All cities in Luxembourg
//

Car Hire Branches in the Area All stations in Findel

If you're looking for cheap car hire and Luxembourg airport is your destination, Sixt have a counter in the arrivals hall. We offer a range of cars, vans and trucks for rental in Luxembourg. We have a great selection of modern, economy cars on offer such as an Opel Corsa, VW Golf, Fiat Bravo, Mazda 6 and a range of BMW cars - great for city driving! Our car hire branch in Luxembourg Airport operates using a 24 hour pick-up and return service, so it does not matter what time your flights are. Book using our online car hire service to get a cheap car and you could be driving into the city of Luxembourg shortly after your arrival in the airport. 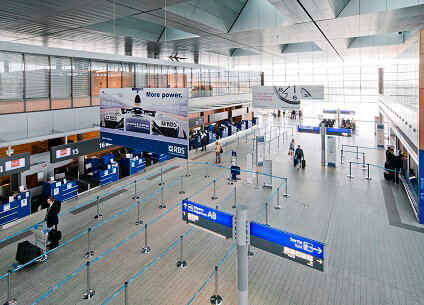 As Luxembourg Findel Airport (LUX) is the only international airport in the Grand Duchy of Luxembourg, this airport is the only option if you want to fly into the country. The airport was originally known as Sandweiler Airport, when it opened in the 1930s. These days, it is more commonly referred to as Findel Airport or Luxembourg Airport. With approximately 1.7 million travellers passing through its doors each year, it is a surprisingly busy airport given the size of the country. The airport is located approximately 3 miles from Luxembourg City and near Findel, its namesake, in southern Luxembourg. Car hire will make travelling from Findel into the city much easier and will also aid further exploration of the Grand Duchy. 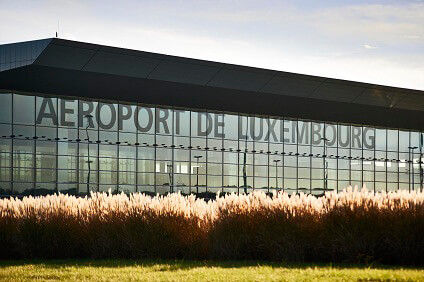 Things to See in Luxembourg

For people who want to explore Luxembourg City, a UNESCO world heritage site, car rental from Sixt will make travelling much more comfortable. Travel with ease, and in comfort, to a range of attractions in Luxembourg including Luxembourg Castle, Notre-Dame Cathedral and the Casemates du Bock. Alternatively, visit the surrounding towns and villages including Findel, Vianden and Echternach (Luxembourg's oldest town) with your city car and take in the beautiful scenery along the way. Make the most of your visit to Luxembourg and utilise car rental services from the airport when you land. Car hire is essential if you would like to tour northern Luxembourg on your trip.

Location Plan - How to Find us

Your way to Sixt:

The Sixt branch is located in the arrival hall level -1.

The Sixt parking lots are situated in parking entry A. level -2, row H.

Out of Hours Pick Up & Return

Out of hour pick up possible.

Out of hour return possible.

Please park the SIXT vehicle on the signed Sixt parking lots in parking A, level -2, row H. The keybox is located in row H, spot H41.

Rent a Car Services at this Branch