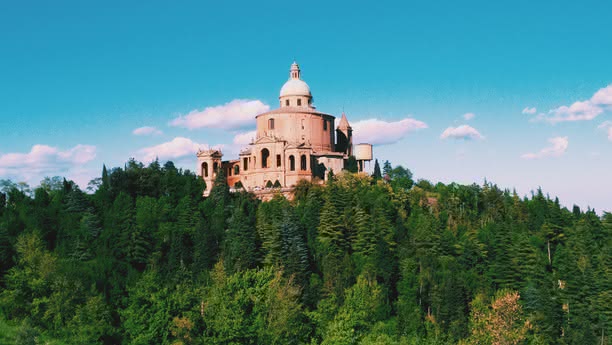 The SIXT branch is located in the main square, right in the station building. Once you exit the station from the main entrance, you will see us on your left in Piazza delle Medaglio d'Oro.

Please return your SIXT vehicle to Garage Stazione Centrale, located in Viale Pietro Pietramellara n. 27, 40121 Bologna, open from 7.00 am to 23:59 pm. Alternatively, cars must be return to the airport.


Return out of opening hours is bookable on request. Please provide e-mail address and mobile number.

Other SIXT branches in the vicinity of Bologna Central Train Station MANUAL
MINI One
Or Similar | Saloon * The prices were calculated on 30.06.2022 for a 7 days prepaid rental at Bologna Central Train Station starting on 30.07.2022. Our prices fluctuate daily and this offer is not guaranteed.

Bologna Train Station is one of the busiest in Italy, often being the main point of arrival for countless tourists visiting this ancient city. It is also the perfect place to hire a car, and begin your exploration of Bologna and the surrounding countryside. One of the oldest and most respected car hire companies in Europe, Sixt, maintains a centre in the train station, and offers rental cars ranging from affordable, family-friendly vehicles to luxurious sports cars and convertibles. You can even hire a 4x4 if you plan on visiting more rustic areas. Sixt has numerous locations scattered across Italy, making it simple to return your car rental, no matter where you decide to travel. Opting for a car rental with Sixt is the easiest way to get around Bologna, and avoid the stress of trying to navigate an unfamiliar public transit system. 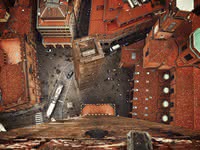 What to see in Bologna and nearby

Bologna and its surrounding municipalities are located in Emilia-Romagna, a scenic Italian region with a long and rich history. Bologna is the largest city and the heart of the region, and the perfect home base for exploring the country. It is simple to hire a car here, and then visit neighbouring Renaissance cities such as Modena, Parma and Ferrara. You can go on day trips to visit the Villa San Donnino in Modena, or the Teatro Farnese in Parma, for example, and then return to Bologna in the evening, taking advantage of the region's well-maintained highways and roads.

Bologna itself is a large city, and having a car rental at your disposal makes it easy to stay at an affordable hotel outside the centre, and then drive in to sightsee during the day. Bologna has one of the most impressive historic centres in Italy, and features sights such as the famous Towers of Bologna, and the University of Bologna, the oldest university in Europe.

Having access to a car hire will enable you to visit the beautiful beaches of Rimini and Riccione, located an hour's drive to the east, on the shores of the Mediterranean Sea. The country around Bologna has so much to offer, from these coastal resorts to the ancient inland towns, and the stunning mountains of the Apennines, and if you make good use of a car hire you won't miss out on anything. If you hire a car with Sixt you will be ready to embark on the Italian adventure of a lifetime.

The car was in great condition.

Some scratches wasn't noted but nothing serious.

I would suggest going over with foreigners the zlt areas that exist in various cities in Italy.

Solomon was able to get us into the same car we returned a few days prior 👌🏻 Very helpful and very professional!

This car rental experience was as excellent as the previous one. I appreciated the professional and friendly customer service at Sixt Autonoleggio Bologna stazione centrale. Sixt representative was proactive in meeting my needs as a customer and built up the rental package in line with my specific requirements. The rented car was excellent, the car pick-up and return were smooth and efficient. I would like to thank to the staff of Sixt Autonoleggio Bologna stazione centrale and, in the future, I will definitely use Sixt service in this specific location.

Great service, great people, thank you for your help Sylvia

This was the first time I have hired a car in Europe and I found the whole process very efficient and straightforward. The staff at Bologna Station were friendly and reassuring and answered all my questions. This was an excellent experience.