SIXT car rental in Kiev branches can be found at both airports in the city, its train station, and other city center locations. With several branches to choose from, it is easy to rent a car in Kiev and fully explore the largest city and the capital of Ukraine. In recent years, Kiev has become a hip destination with plenty of art and attractions to explore as well as a vibrant restaurant and nightlife scene to enjoy.

Car Rental With Sixt In Kiev

If you plan to visit the capital of Ukraine in the near future, then you should know that Sixt car rental company puts a variety of vehicles at your disposal, ranging from sports cars and luxury vehicles to SUVs, 4X4s, family cars and larger vehicles that can accommodate more than 10 people at once. Also, if you want to make your trip to Ukraine hassle-free and stress-free, then you should know that in addition to the extensive fleet of vehicles, our car hire company also offers additional options that you can benefit from, such as supplemental liability insurance, personal accident protection, loss damage waivers and many others. 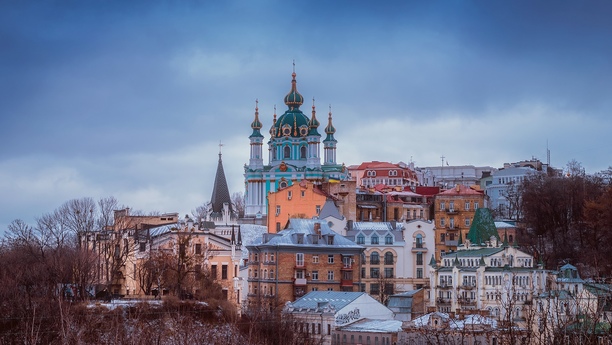 What To See In Kiev With A Car Hire?

Statistically speaking, more than 20 million international tourists come to Ukraine each year, to enjoy the great local cuisine, traditions, sights and tourist attractions. Ukraine is known to be one of the most religious countries in Europe, and the beautiful Saint Vladimir's Cathedral is the primary tourist attraction for those who want to see the mother cathedral is the Orthodox Church in the country. With a beautiful Neo-Byzantine façade, the Cathedral attracts thousands of curious tourists each year. Another very popular tourist attraction is the National Museum of History which is certainly worth visiting, and so is the imposing National Opera House where you can even book a ticket to a performance. Moreover, the October Palace of Culture serves both as a concert hall and as a museum, and it is widely considered a vital city landmark that every tourist should visit. Last, but not least, the Golden Gate, commonly known as the Zoloti Vorota is perhaps the most notable tourist attraction in Ukraine, but visiting this beautiful mid-eleventh century medieval gateway does involve a car hire as it is located just outside the city.