The Sixt branch is located exactly on the right corner of the main entrance of the arrival hall.

Other SIXT branches in the vicinity of Amman Airport

If you need car hire and Amman airport, the capital city of Jordan, is your destination then Sixt Meet & Greet service is here for you. Book online with our rental service and you will be met by one of our representatives as soon as you arrive. Car rental drop-off and pick-up is available 24/7, for your convenience. It doesn't matter if you need a cheap car for travel in the city, an SUV or a van, we have a range of the newest economy vehicles available for selection. 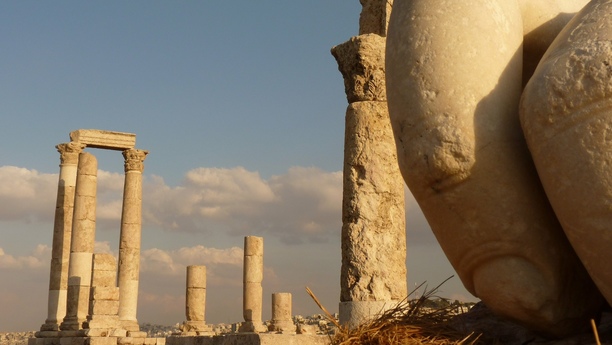 Amman Airport (AMM), also known as the Queen Alia International Airport, is located in the area of Zizya. It is Jordan's largest airport, built in the year 1983. The airport gets its unique name from the third wife, Queen Alia, of (the late) King Hussein of Jordan. The airport is approximately 20 miles south of the capital city, so car hire is recommended if you're planning on travelling into the city centre as it's a fair distance from the airport. Approximately 6 million passengers travel through the airport every year, so car hire is one of the best ways to travel as it will mean you avoid busy public transport.

Things to See in Amman

A city car is ideal for exploring Jordan during your trip because it means you can visit a range of attractions at your leisure. As one of the oldest inhabited cities of the world, Amman teems with attractions that give insight to the vibrant culture and heritage of its people. Some of the city's popular attractions include the Roman Theatre, the Jordan Archaeological Museum, the Citadel and the Qasr al-Abad, a famous old palace. Visitors can easily access sites such as the Citadel using car hire and the Sixt car rental service will ensure you travel in utmost comfort and style while staying in Jordan.