Any event which has a two year build-up is sure to be a hotly contested and highly anticipated event, and the Euros 2016 is no exception. In its largest form yet, this year we will see 24 teams fighting it out across 10 different venues in the hope of becoming the European Champions. For more driving tips, stadium guides, tourism advice and more about each fascinating and varied host city, click on the links below. 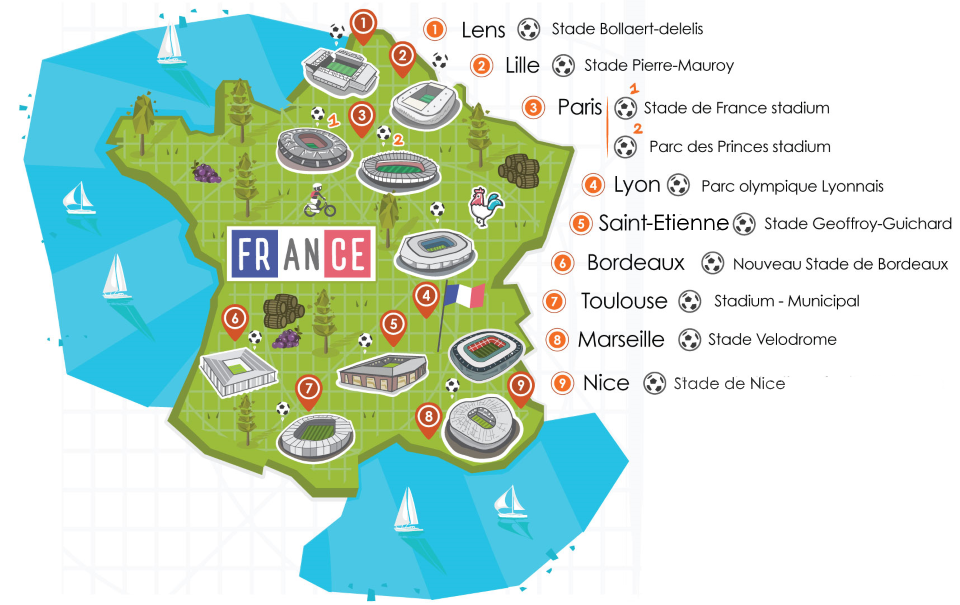 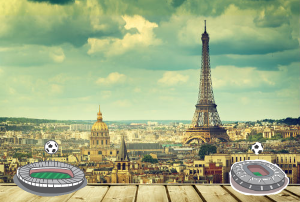 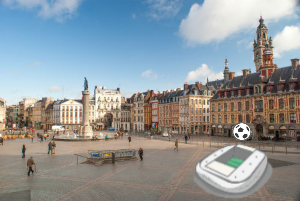 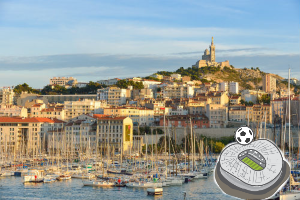 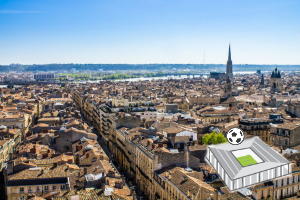 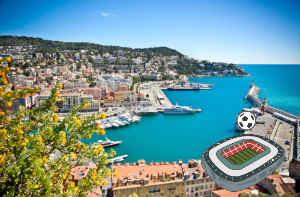 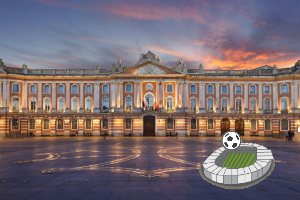 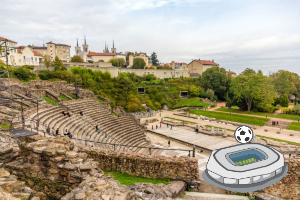 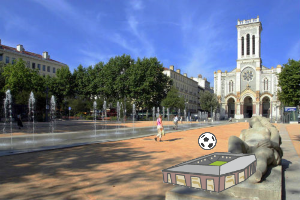 With France acting as host nation, we are certain to have an incredible tournament on our hands. The chosen stadiums have all had upgrade work done in preparation for the event, ensuring that they are ready for the influx of fans in June. The Stade de France dwarfs its fellow venues with a capacity of 80,000, although even the smallest, the Stadium Toulouse, isn't exactly meagre with 33,000 seats. The Parc des Princes is set right in the heart of Paris, just a few kilometres from the Eiffel Tower, while the recently renovated Stade Velodrome in Marseille may rank as one of the most lively stadiums, situated close to the beach and the second-largest venue in the tournament.

No Need for Match Tickets

With Fan Zones and public viewing points due to be set up in every host city, and some with a capacity over 100,000, there is certain to be an electric atmosphere on the streets outside as well. Huge screens will be provided to watch the games on, as well as a number of food and drinks vendors, official sponsor stores and even stages for live music and entertainment in the evenings.

The host cities are spread all across France meaning that fans travelling to different venues will have the opportunity to experience the diverse cultures the country fosters. From the cooler industrial towns of Lens and Lille in the North, with their Flemish influences and red brick houses, to the hot Mediterranean climes of Nice and Marseille which border Italy, there is something for everyone in this varied mix of cities.

Gorge Yourself on French Cuisine

Just as the climate changes across the country, so does the food. France is world renowned as a culinary capital, and the title is well deserved. Fans visiting for the Euro will be able to taste all the local delicacies, from seafood soups in the south to charcuterie sausages, especially favoured in Toulouse and Lyon. Its not just the food the fans get to be excited about either, as lets not forget also that Bordeaux, internationally famous for  its wine, is a host venue as is Lille, just on the border of Belgium with its widely celebrated beer culture.

Drive Safely with our Travel Tips

For any British fans planning on driving in France during the Euros, we would like to place a quick reminder that driving in France is on the right hand side, and priority is given to drivers entering a junction from the right. The motorways in France are excellent and well kept, although they will often be tolled. On the motorways the speed limit is 130km/h in good weather, and in cities 50km/h. Please also note that the drink driving limit in France is 50mg of alcohol per 100ml of blood, and that police have complete authority to conduct random breathaliser tests.