Please note that there is no Sixt branch at the train station, we are offering a Meet & Greet Service. Sixt staff will meet you near the Origo Shopping Centre Entrance A. Please provide your phone number, address, credit card details and e-mail address.

When driving on Satekles street by the Central station building, our Sixt agent will be waiting for you on the right side in front of the entrance to Europark underground parking to assist the return process.

Please provide your mobile number to reach you and provide assistance. Please call us 371 67207121 in case you have any question.

Other SIXT branches in the vicinity of Riga Central Railway Station

Car Hire at Riga Central Train Station is the perfect option to get around the city. When you hire a car at Riga Central Train Station you get to select from vehicles such as 4x4 SUV's, estates and vans. Choose a car best suiting your needs and the terrain you'll be driving on. Add on extras, like sat nav and child seats and arrange (LDW) insurance, during the application process. You can also choose vehicles with unlimited miles, which is particularly useful if you are planning on taking a road trip to neighboring cities. Please note that there is no Sixt branch at the train station, we are offering a Meet & Greet Service. Sixt team member will meet you near the Origo Shopping Centre Entrance A to take you to your rental car. Please provide your mobile number to be able to reach you. Please call us 371 67207121 in case you have any question. Car rental at Riga Central Train Station couldn't be simpler. 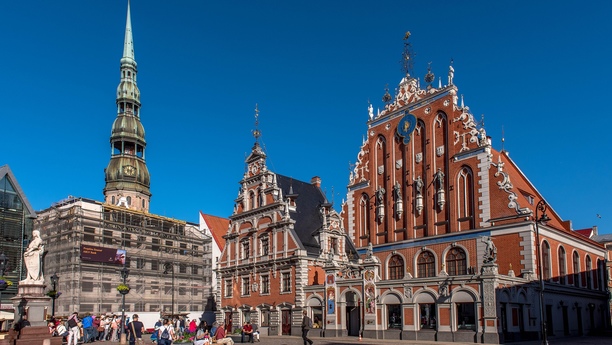 Explore the sights and sounds of Riga while hiring a car

Rent a car at Riga Central Train Station and zip effortlessly from one end of the city to the other, in no time. This location is the largest city of Latvia and is the country's capital. Its estimated inhabitants are 693,064, with over a third of the Latvian population living here. Take a drive to the Old City of Riga and discover authentic eateries and the controversial Soviet War Monument. The streets of Alberta Iela is another wonderful place to drive to. You'll see some of the most spectacular architectural Art Nouveau buildings in the city. St Peter's Church is another great landmark to see, as is the House of Blackheads, a striking architectural structure and excellent museum, notable for hosting the brotherhood of foreign merchants. The Latvian Ethnographic Open Air Museum takes you back in time, to around 200 years. The Ethnographic Open Air Museum is accessible via the A2 and A4 roads.